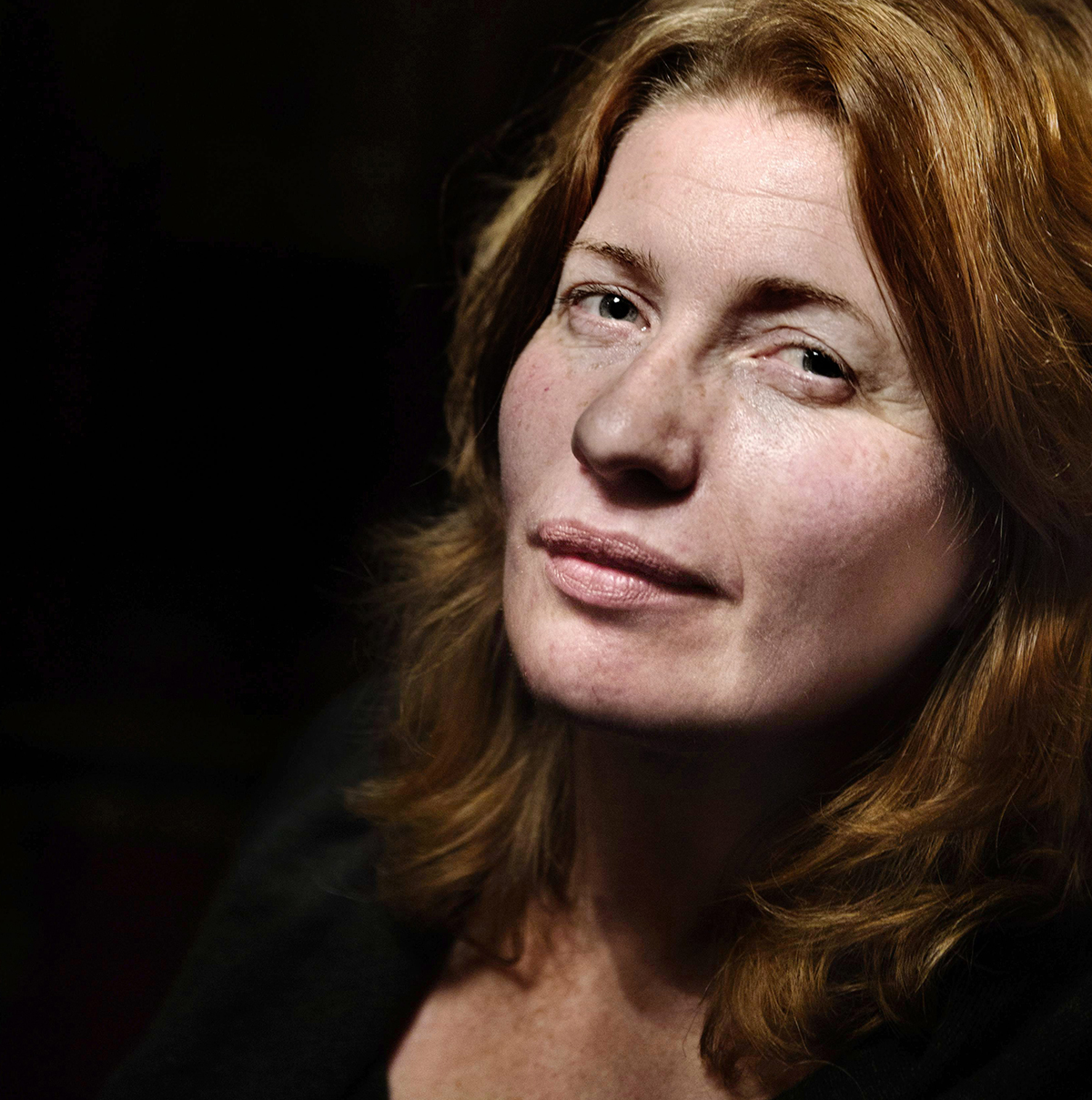 Deckardrottningen Belinda Bauer gräver i sitt mörka förflutna och minns massmordet på sina postorder-beställda husdjur.If you want your children to learn about death, give them a pet. Isn’t that what they say? A hamster, a goldfish, a Mutant Ninja turtle… Each is sure to die within a timeframe, which – while it may not be natural – is at least convenient.

Like many people, I’m sure, my family history is dotted with murder. Or manslaughter, at the very kindest. I’m not talking about deliberate acts of cruelty, of course, or the decision to euthanize an old, sick cat. I’m talking about those situations where ignorance, forgetfulness or a moment of carelessness results in our pets making the Ultimate Sacrifice.

My sister once left her budgies outside overnight in sub-zero temperatures, with predictably stiff consequences. Another sister decapitated her pet chicken in a sliding door as it made a bid for freedom.

At the age of six I killed my very first pets – goldfish Pixie and Dixie – by thoughtfully introducing them to a sweet little black fish I’d caught in a pond. I might as well have tipped Hannibal Lecter into their bowl. I remember hugging the cold glass to my chest, crying salt into their wounds, and feeling that it was all my fault.

Because it was. Obviously.

It was my first valuable life lesson. Sometimes you only have yourself to blame.

Pixie and Dixie’s horrific deaths really did concentrate my mind and, for a long time after that, I was an outstanding pet-owner. I successfully cared for a guinea pig and a white mouse, while the family dog enjoyed rude health.

I became the one child who could be relied on to feed and secure any pet, whether or not it belonged to me. While my sisters fussed over their lifeless dolls, I made it my exclusive business not to kill anything that actually mattered.

I enjoyed my status as the animal lover of the family, and dreamed of becoming a jockey, or a vet, or a marine biologist.

Then came The Great Sea Monkey genocide of 1972…

Anyone over a certain age will recall the genius that was the marketing of Sea Monkeys. They were advertised in the back of American comics. Colour ads showed slender little pink humanoids with skinny limbs and long tails, living garrulous lives under the ocean waves in nuclear family groups. These could be easily identified because Mummy Sea Monkey had sexy blonde flick-ups, while Daddy Sea Monkey wore a spotted bow-tie and read a tiny Sea Monkey newspaper. The ads promised a ‘bowlful of happiness’ and said the little critters were so smart they were ‘easily trained’ to do all sorts of clever tricks. Like reading, one presumes…[vc_single_image image=”311″ add_caption=”yes”]Along with X-ray specs and Schwinn bicycles, Sea Monkeys could be earned by any half-industrious child by selling magazine subscriptions on the doorsteps of America.

Sadly, that was not an option available to me, because at the time I lived in South Africa – 10,000 miles from the nearest American doorstep. But that phrase ‘a bowlful of happiness’ held the sweet promise of laying some fishy ghosts to rest, and I was determined to acquire Sea Monkeys.

I was in luck. While researching an Archie comic one day, I discovered that if I couldn’t earn Sea Monkeys, I could still BUY them – and for the bargain price of $3.99!

I can’t remember how much money I had, but it’s a safe bet that in 1972, $3.99 constituted almost all my worldly goods. I don’t think I was a stupid child, but – like the village idiot swapping the family cow for a handful of magic beans – I purchased a money order, put it in an envelope with my return address, and waited.

The advertisement hadn’t mentioned postage and so I hadn’t sent any. It never occurred to me that there was no reason in the world that the Sea Monkey company should ship to Africa, at vast expense, something they were more used to mailing free to Arkansas.

But, bizarrely, they did just that. Only not quite the way I’d expected.

For my $3.99, I had anticipated my pets would arrive in a special van full of sloshing tanks, like a mobile aquarium – and possibly a zookeeper in overalls to guide me through my first lesson in Sea Monkey husbandry. Instead my new pets arrived in a blister pack containing a sachet of Sea Monkeys, a sachet of Sea Monkey food and – a bit worryingly – a cheap plastic magnifying glass.

My mother had been a Sea Monkey sceptic from the start, so I breezily assured her that everything was exactly as I’d expected, and withdrew haughtily to read the instruction manual cover to cover. I was a great one for reading the instructions in those days, whereas now I’m a great one for just firing up the Large Hadron Collider and seeing how it goes.

That manual was worth $3.99 all by itself. It had illustrations on the Daily Life of Sea Monkeys (the reading, the spectacular circus tricks, the bopping around the Dansette record player) and the Love Life of Sea Monkeys, which included flowers and chocolates and the fighting of suitors – complete with tiny little Sea Monkey boxing gloves. The Life Cycle of the Sea Monkey featured a cute smiling Sea Monkey baby popping out of its egg, like something from The Flintstones, wearing a shell for a hat.

Feverish with excitement, I commandeered a Pyrex ‘bowlful of happiness’ from under the sink, then watched in mounting disappointment as a bowlful of microscopic specks floated about in the water, doing absolutely nothing.

‘Whatever they are,’ said my mother, ‘they’re dead.’

I absolutely refused to admit defeat. I had a reputation to uphold, after all! For weeks I kept feeding them. Kept peering through the magnifying glass. Kept circling a torch at the side of the bowl, hoping to induce a double back somersault from ONE of the lazy little bastards… until one day my mother came in and threw the whole Sea Monkey nation out of the window and onto the flower bed.

The empty bowl; the crying; the guilt…it was Pixie and Dixie all over again.

My reputation as a keeper of animals took a big hit, and my career as a marine biologist was on hold. For years afterwards my mother told anyone she met about my disastrous foray into Sea Monkey ownership. They always found it hilarious, but I was publicly humiliated. The genocide had compounded my sin of careless fish-keeping. I didn’t know what I’d done wrong, but it must have been something or – at this very moment – I would be encouraging a Sea Monkey across a tightrope on a unicycle.

Ten years passed and I killed nothing – mostly because the only animal in my care was a small but apparently indestructible terrier. She was run over twice and a Great Dane bit her head almost clean off, and still she did not die.

Then we moved from sunny South Africa to cold and rainy Britain.

Naturally, I decided that a tropical chameleon would make a fine pet…

Now I think about it, apart from being green, Joe looked uncannily like a Sea Monkey. He had large, appealing eyes, a long slim body, skinny little arms and legs, and a wonderful prehensile tail.

Unlike the Sea Monkeys, he was uncommonly interactive, and would rush to come out of his tank for some exercise, or simply to climb up me and sit on my head. He spent hours there while I worked beside the window, watching the trains go past the bottom of the garden. In the summer I would take him shopping – cycling around town with him gripping my hair.

But in the winter…

Joe got sick. And sicker. And – pre-internet – I had no idea what to do. Every day he got weaker, and I felt more helpless. Although I didn’t know it then, he had a common vitamin D deficiency. Natural sunlight had kept his bones healthy through summer, but I hadn’t given him vital supplements to replace the sunshine, and now he was dying. One bitterly cold winter’s night, with snow deep on the ground outside, Joe tilted slowly onto his side on my hand, and turned black.

‘He’s dead,’ said my boyfriend, and I burst into tears because I couldn’t even pretend Joe was just tired. And because I knew it must be my fault.

All I could think of was the Sea Monkeys. If Joe died because of my ignorance, I could never risk owning another pet.

In desperation, I found a slim tube – an old lollipop stick – and puffed tiny breaths into him. Slowly, slowly he turned from black to green, and started to move. Twenty minutes later, he got to his feet – wobbly-drunk, but alive.

But we weren’t out of the woods. Joe made it through the night but was still very ill, and I needed to get him to the vet’s as soon as possible.

I put a hot water bottle in the bottom of Joe’s portable carrier, wrapped up warmly, and struggled through the snow and ice to catch the bus to the surgery a couple of miles out of town at the top of a very steep hill. I waited at the bus stop for about twenty minutes, fretting that the hot water bottle would be cooling in the frigid air, and finally went to the bus station to find out why the bus was so late. A driver told me the snow was too deep for the buses to run. The bus wasn’t late – it just wasn’t coming.

For the second time in twelve hours, I burst into tears – this time clutching an off-colour lizard in a plastic box.

The driver looked terrified. He obviously had no idea what to do with me, and even though I tried to explain what was happening, I could barely speak for sobbing. Then he pulled on his coat and led me out to his bus.

I sat weeping on the steps, hugging Joe’s box on my knees, in a replay of the Pixie and Dixie death scene.

The kind driver dropped me at the foot of the long, steep hill and refused to take any fare.

I stepped out into snow a foot deep and realized that by the time I got up the hill to the surgery, Joe would be dead again – this time from cold.

Then, like an angel with a grit bucket, a snow plough appeared – the only one I had ever seen – or ever did see – in the town.

Without a moment’s hesitation I stepped in front of it, like that brave shopper in Tianamen Square. And, like that tank, it stopped. Then, like a crazy person, I clambered inside and slammed the door behind me.

‘My chameleon’s dying,’ I announced. ‘Please take me to the top of the hill.’

He taught me never to give up, and that, if you ask for it, people will always help.

And when I think about it, every one of my pets has added its own precious piece to my jigsaw of understanding.

Pixie and Dixie taught me responsibility. Sea Monkeys taught me to handle disappointment. A scruffy terrier showed me that looks mean nothing when it comes to love. A fat friendly collie helped me to be less judgemental. Two more chameleons instructed me on acceptance. From a horse I learned the importance of making tough choices. A stubborn dog taught me humility, while a kind one revealed to me that sometimes there is no sadness in death – only gratitude for having shared a long and happy journey.

So please DO give your children pets. They will certainly learn all about death. 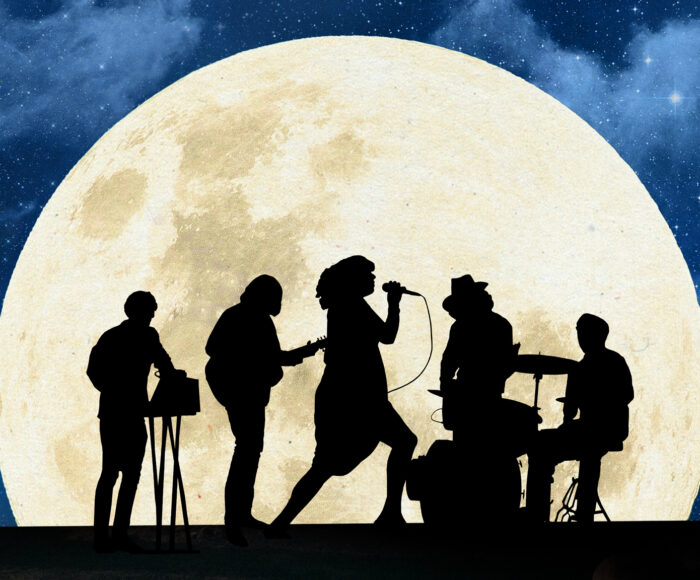 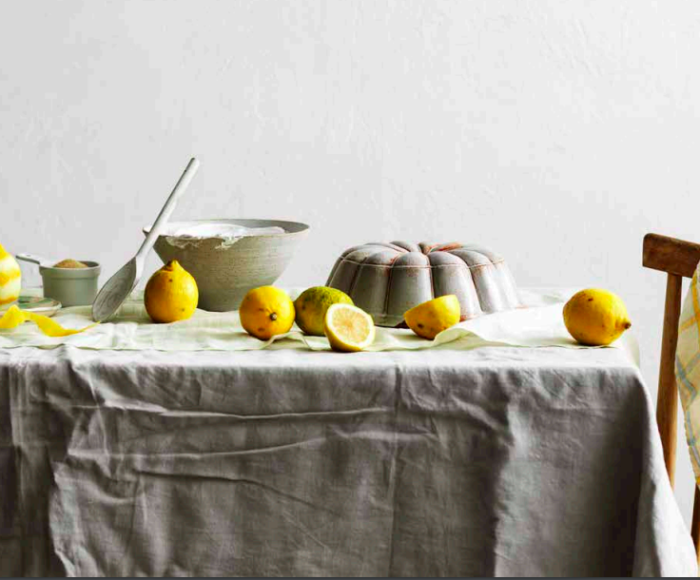